Freemasonry in Russia has a really rich history. It is the heritage of Russia, and world Masonry, as well.

Since the start of the Russian Masonry during the reign of Peter the Great and up to now, Russian Masons have made valuable contributions to Russian and world culture, the spiritual evolution of mankind, the perception of  a Human’s place on the Earth under the God, the growth and development, the maturing of the society. The spiritual ideals of Noble and Ethical society,  Freedom, Brotherhood, Equality, Faith, – have always been the ideals of our Brethren. Russian Masonry has always been trying to «take a good man and make him better», to make  Masons —  the men possessing a strong belief in God, of high moral values.

And all the history of Russian Masonry, the list of Russian Masons prove, that it has succeeded in this. The names of I. Yelagin, A. Suvorov, N. Novikov, A. Pushkin, M. Garder, and others, are the best proof. During the times of Catherine II the Great, Paul I, Alexander I, Nikolas I, Alexander II, Alexander III, Nikolas II, our Brethren used to be the basis of Russian elite and had introduced a lot necessary changes into the Russian Society, propagated the ideals of humanitarianism, contributed to developing new Laws, and so on. 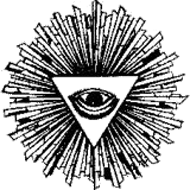